MILLENNIALS turns up the microphone on the lives, the losses and the frustrations of young people in the modern world. A generation that is so often defined by tabloid headlines, tweets and of course, avocados, pick up the mic and transport us inside their extraordinarily ordinary lives.

Written by Elliot Clay, this powerful and uplifting collection of songs runs the gamut of modern pop-music and sends musical theatre hurtling into the 21st Century.

We are having so much fun writing pop-tastic arrangement and orchestrations for this show, as well as throwing everything in our creative music production, mix and sound design toolbox at producing three singles so far which can be streamed & downloaded on all major music platforms.

Following plenty of support and airplay of the single from the legendary Elaine Paige on her BBC Radio 2 show, Millennials received a workshop performance with a phenomenal cast, directed by the brilliant Luke Sheppard and produced by Paul Taylor Mills, at the Turbine Theatre and on a digital tour of regional theatres from May-June 2021. The show was also featured at West End Live 2021, with Jodie Steele performing Remember The Feeling to a massive crowd in Trafalgar Square. We can’t wait to see what’s next for this little avocado show! 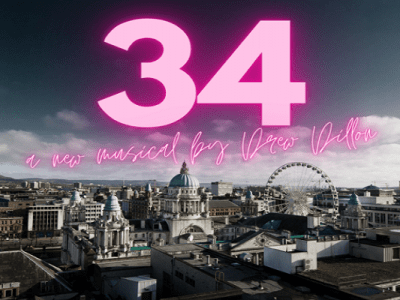